Mead is an ancient drink that brings about images of knights and Vikings in great dining halls, enjoying a feast with horns full of this mysterious beverage. Mead is thought to be the oldest alcoholic drink in the world and is an ancestor to both our modern versions of wine and beer. Today it is enjoyed throughout the world, in Europe, Russia, Asia, America, and it enjoys great success in Ethiopia. Though its heyday was hundreds of years ago, it is enjoying a renaissance these days. But what exactly is mead?

The simple and traditional answer is that is a beverage made by fermenting honey and water. It can be flavored with fruit, spices, herbs, and more. Some cultures refer to mead as honey wine and the two names can almost always be interchanged. Evidence for human consumption of mead goes back to 3000 B.C. and can be found all over the ancient world, including Greece, Africa, and China. Virtually any country that was able to produce honey was producing mead, but the beverage holds a special place in Norse cultures. A drink for any occasion, mead also help a mythological place in the cultures in the form of “The Mead of Poetry”. The Norse gods created a man named Norseman Kvasir who was so wise he could answer any question. When he was eventually killed, his blood was mixed with honey, creating “The Mead of Poetry”, and whoever drank this honey-blood mead took on Kvasir's power 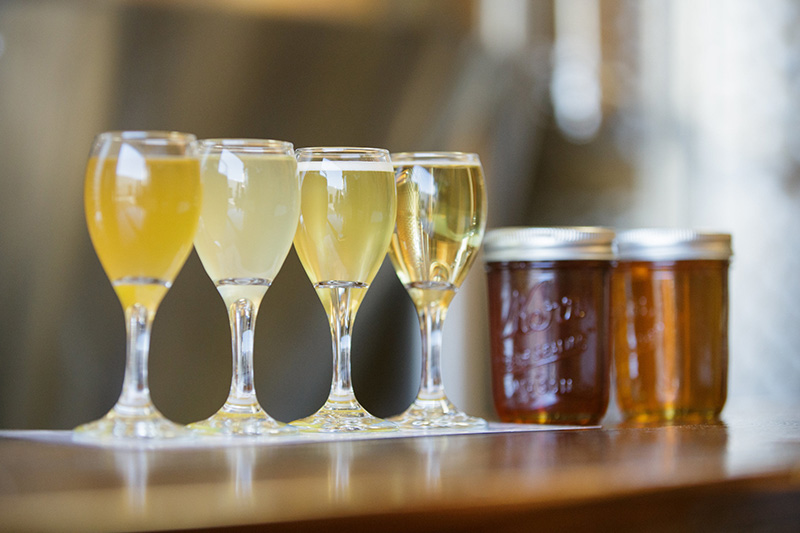 of intelligence. This ties in with the drink’s reputation as a “wellness” drink.

Mead can range in profile from very sweet to very dry and can be still or carbonated. The world of mead is a varied one that includes, not only these flavor profiles, but numerous styles, as well. Some include:

Traditional meads - made from water, honey and yeast. They range from dry to semisweet. The driest are lacking in the characteristic honey sweetness, but they capture the true “essence” of the honey. The sweeter versions retain some of the sweetness of the honey without being syrupy or cloying.

Bochets - made from caramelized honey which adds a layer of complexity, especially to sweet meads.

Sack Meads - very sweet traditional meads, often aged for extended periods. They can have the character and complexity of a port or sherry, or the sweetness and fruitiness of a late harvest grape varietal.rom caramelized honey which adds a layer of complexity, especially to sweet meads.

Melomels - meads made with fruit. Depending on the process and fruits used, these can be very fruity, aromatic and sweet, or dry with just a hint of fruit essence.

Metheglins - meads made with herbs and spices. Our word “medicine” likely descended from this term. Frequent spices used are clove, cinnamon, ginger, and other “wintery” spices. Juniper is another common additive, as are many herbs in the mint and sage group such as mint, lavender, rosemary, sage, etc.

Pyment - a fermented blend of honey and grape juice – probably an ancestor of our grape wines. Pyment can be as diverse as the grapes and honeys used to produce it.

Hippocras - a spiced pyment, usually sweet. It is believed to have been popular among early Mediterranean peoples.

Cyser - mead made with apples, and can be as varied as the myriad apple varieties and the numerous British, French, and American interpretations of cider. The addition of honey allows more variation in sweetness, alcohol content, and shelf life.

Hydromel - a newer category used to classify any mead that is less than 10% alcohol (unless you speak French – then it’s just mead). These meads can be as varied as the other categories listed above, if not as common.

Braggot - mead made from malted grains and honey, often with hops as well. It can be thought of as a beer/mead hybrid, and probably predates all-grain beers in origin. Modern interpretations vary from sweet “barleywine-style” braggots, to light, hoppy brews.

in a bulbous glass container called a berele, as it is in Ethiopia. It can also be served in Old World vessels like a German mazer cup or the classic Viking mead horn.

Meade is stepping out of the shadows of history and into the present day, thanks to many new meaderies cropping up all around the world, including America, Asia, and Ireland. The mead producing facilities doubled in America within the past few years alone. So, ask your local bar or restaurant to reach for a bottle of mead for something new, exciting, and ancient.